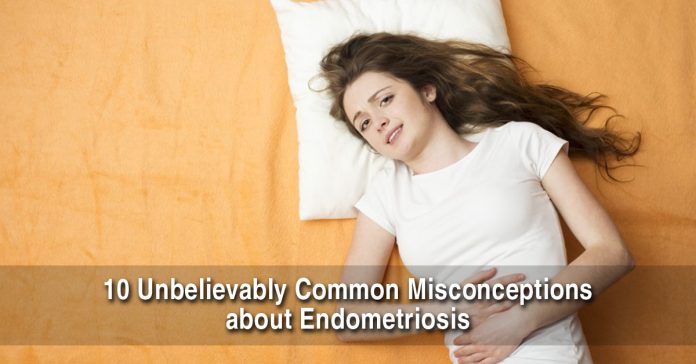 Did you know and believe some of these Misconceptions? Show your support by Commenting!

So you’ve been diagnosed with endometriosis, and you’re asking yourself where you stand now and what to expect going forward, so today I’m going to tell you some misconceptions about endometriosis you may have heard, some of which may ease your mind!

I know when I got my diagnosis this was my first thought, that my dreams of being a mum were over – this is not true while being one of the lead causes of infertility, it does not necessarily mean you ARE infertile or will be unable to have children, many women with endometriosis conceive without issues (or even diagnosis!)

2. You will need IVF/ Fertility Treatments

Another thought that crossed mine (and maybe your mind), for some women they find that IVF is there only option for conceiving, but in my personal situation we were able to conceive naturally (twice) after my laparoscopy!

3. There Are No Treatment Options

This is one you may or may not know, but I thought I should address it, there is no known CURE for endometriosis, however there are a number of treatments that can be used – depending on your current situation, one may be more effective then others, my course of treatment was laparoscopy followed by implant when not trying to conceive and it worked well to eliminate/ reduce my pain drastically!

4. It only grows on your uterus

This was something I naively believed until I myself was diagnosed and became more informed. Endometriosis can grow on many of your organs including fallopian tubes, ovaries, bowels, bladder, stomach and I have even heard cases of it growing on peoples lungs – this can be a very debilitating disease and it can often be overlooked or underestimated!

5. It’s more common then you think

Its thought that approximately 10% (176 million) women worldwide suffer from endometriosis and it contributes to 30-50% of infertility contributions – often going misdiagnosed or undiagnosed completely.

6. You’re the first in your family

You may be the first to be diagnosed, but its doubtful you’re the first in your family, endometriosis is hereditary and can often be found in siblings and cousins, the reason your mother or grandmother may not have been diagnosed is because

7. It only gets worse

While true in some cases, many women goes years with constant levels of pain or discomfort with endometriosis, depending on their severity and the level of growth – it doesn’t always get worse! 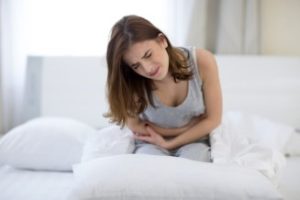 8. You’re going to be in constant pain

I am one of the women that had pain at certain times in their cycle and at other points was completely pain free – this differs from woman to woman, but chances are you may only get pain during your period, a week before (like myself) or only at other points – or you could get it more frequently – but this isn’t always the case for every women!

9. Endometriosis can affect MANY age groups

While you may feel this way (especially before diagnosis, or immediately after), you are most definitely not alone – as previously stated 176 million women worldwide suffer from endometriosis in some form and know how you feel – if you are ever feeling alone, please try and find yourself a support group or blog (such as CureUp!), Facebook group (such as Endometriosis Awareness) – anything! You will find there are many people to share in your pain and make you feel a little less alone!

Did you know and believe some of these Misconceptions? Show your support by Commenting!

How did your condition begin and progressed to where it is today? Show your support by Commenting! I was diagnosed with Stage 5 Endometriosis on...
Read more
Uncategorized

What helps you with your Period Cramps? Show your support by Commenting! I am currently 21. I’ve always had severely bad periods, they lasted 7 days with...
Read more
Uncategorized

It’s incredible that one simple sentence can change one’s life forever, but I’ll get to that part later in my story. Born 1980. Nothing special...
Read more

Endometriosis is painful. It takes over your whole body. It can be the cause of many other problems including depression. Finding relief...
Read more
Education

Do you suffer from endometriosis? You may also have loved ones who struggle with it. It is a painful condition that thousands of women...
Read more
Uncategorized

Endometriosis and The Struggles of Infertility

Did you know that Endometriosis is one of  3 main causes of infertility? Share to raise awareness! Okay so you’ve been trying for a baby...
Read more

Did you know that some people who think they have an Endometriosis diagnosis actually might have Adenomyosis. The difference is subtle. Adenomyosis...
Read more
Education

Were you Surprised by the names that came up? Who else do you know that suffers from Endometriosis? Share it in the Comments Below! Source: CureUp
Read more