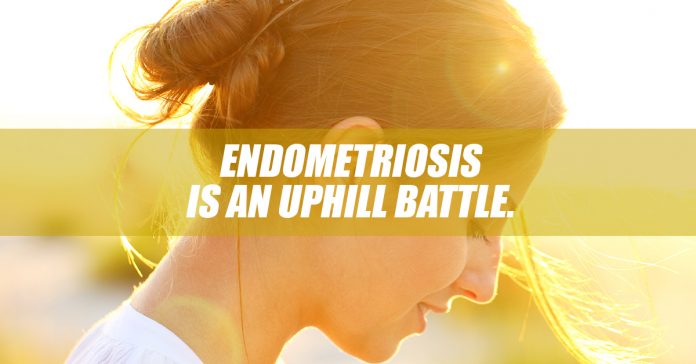 Do you suffer from Endometriosis? Share your thoughts to Raise Awareness! 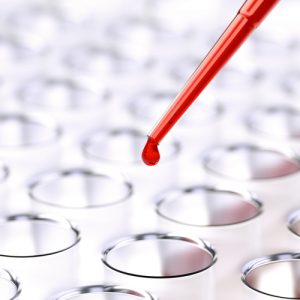 I was first diagnosed with Endometriosis about a year ago. I went to the Doctor because I had been dealing with INCREDIBLE pains that I couldn’t find the cause for. I left work to go to the hospital on multiple occasions and I just couldn’t find out the reason. My Doctor had me go for multiple tests, blood tests and ultrasounds. Nothing came up. I finally told her how painful sex was for me and she suggested that I had endometriosis.

I wasn’t ready to accept that so I went to multiple doctors who told me that this would require a pain management solution. “I’m sorry – what?!” I said, “Just deal with it?!” They said, No! thank you.

I found a Doctor who was caring and took over an hour to explain everything and what would happen during the surgery. So I decided to schedule my first surgery with her. I was nervous, to say the least. My mom, my husband, and I showed up for the surgery and I was panic! What if they don’t find anything? Is this all in my head? But this Doctor held my hand all the way until I was asleep and that meant a lot to me.

I woke up and I just kept asking if they found anything. And they did! So they lasered it off. Everything was cleared! Or so I thought… about 3 months later I went back to my original doctor because of the pain again. She told me that the first surgery was basically useless and that I needed an extraction surgery. So after a mini break down in the doctor’s office, I scheduled my second surgery. 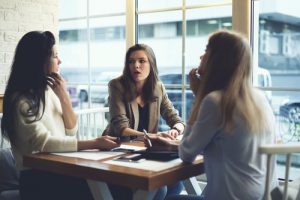 It’s been a while since that surgery – 6 months or so. And the pain keeps coming back. But after sharing my story on Facebook, quite a few people have approached me for advice on how to advocate for themselves at the Doctor’s and what endometriosis is like.
So I guess it’s always going to be an uphill battle, I hope we can find a cure for it.

Do you suffer from Endometriosis? Share your thoughts to Raise Awareness!

Having endometriosis is hard enough without having to deal with the constant judgment of pretty much everyone in your life. The pain...
Read more
Uncategorized

How Many Laparoscopies Have You Had? Comment Below! At 26, I had a hysterectomy. That was 10 years ago (I am now 36 years old)....
Read more

My Nightmare of a Journey with Endometriosis

What's the most frustrating part of your Condition? Show your support by Commenting! Hi, my name is Crystal and I would like to tell you all...
Read more
Education

Where Endo Comes From

We all know how Endometriosis can affect our lives. Migraines, horrendous period cramps, leg pain, and anxiety are just a few of...
Read more

I’ve Had Endometriosis Since I Was 12 Years Old

What helps you move forward on difficult days? Share to show your Support! I was told I had endometriosis when I was 17. I had it for...
Read more
Uncategorized

Pain Makes Me Want to Cry

Pain during sex is a Common Symptom of Endometriosis. Share and Comment to show your Support!  I have been suffering from endometriosis since 2016. I...
Read more
Education

Endometriosis is a life-changing medical condition. It has not had the research or recognition that it should. Over the past few years,...
Read more

Endometriosis is a condition in which excess endometrial tissue begins to grow in places outside of the uterus, such as the fallopian tubes, ovaries,...
Read more
Uncategorized

Are you suspecting you Suffer from Endometriosis? What are the Symptoms that you have? Share to Raise Awareness! Source: CureUp
Read more
Stories

So my story dates back to when I was 12. Like any other Tomboy, I was playing computer games, minding my own...
Read more