Surgery is a solution for removing scar tissue and Endometriosis lesions, but the outcome greatly depends on the stage of the disease and the skills of a surgeon. Take a read, Comment and Share the blog to Raise Awareness!

Growing up, I had always had cramps but I always just figured it came with the territory. I had been on birth control since I was 14 to help with my acne and was on it until about 19. My periods, even after I got off the pills, were regular but there was always one day when I was miserable and if I was able would pretty much lay in bed all day. I would periodically get stabbing pains even while not on my period but would just shrug it off. 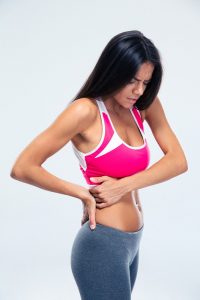 One weekend when I was 24, my boyfriend I had been doing some pretty tough yard work, moving rocks and working on landscaping. Later that night, while trying to sleep I had this dull cramping over my left lower pelvic area. I kind of just thought I needed to have a bowel movement and kept trying to fall asleep. The longer I waited for the pain to go away, the worse it got. It got to the point where my boyfriend made me go to the hospital. I live across the street from our local hospital, but the pain was so severe that he had to drive me there. It had taken me ten minutes to get from my bed to the car since walking was unbearable.

I got to the ER where they first made sure I wasn’t constipated. After they ruled that out, they did a CT where they could see I had a ruptured ovarian cyst. There was fluid up by my diaphragm which explained why it was now getting hard for me to breathe. They sent me home saying that ovarian cysts, although very painful, just have to heal on their own but if the pain gets worse to come back in because I could have a torsed ovary. Well, the pain got worse and I started vomiting uncontrollably. Just as I was going to head back over, the ER called me and told me to get back over to the hospital.

A different doctor had looked at my scan and was very concerned about the amount of fluid seen and thought that I may need a blood transfusion. They found that I was just on the edge of needing a transfusion and asked if I would do one. I wanted to wait until I absolutely needed one and to see if my body starts healing itself. They admitted me as an inpatient for pain control and to watch my blood and ordered an ultrasound for the morning.

The next morning the ultrasound tech did the exam and right away called for the gynecologist. At this point, my belly looked like I was pregnant because it was so full of blood. The scan showed an alarming amount of blood and two very large cysts (one hemorrhaging), one on each ovary. The doctor said that I needed surgery ASAP and left to go make arrangements. After the surgery was done, she came in my room and told me that the surgery was very difficult, but they found that I have stage 4 endometriosis. And that she would need to start me on Lupron. It is a drug that puts a woman into temporary menopause. I started the treatment but was still in pain. It was so bad that one day while I was at work, I almost passed out from the pain. 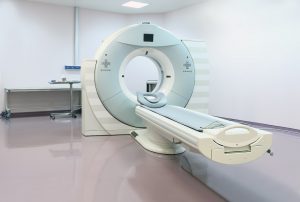 The next day, we did another ultrasound to find that I once again had a softball-sized cyst on my right ovary. They made arrangements to do another surgery after only three months after the last one. This time, they planned to do a larger incision called laparotomy. Once again, she removed a endometrioma from my right ovary, a mass from my left fallopian tube, two “fake” fallopian tubes, took adhesions that had my tubes, ovaries, rectum, and bladder adhered to my uterus, removed my appendix and endometrial implants from both tubes, ovaries, rectum, bladder, and ligaments and then did a uterine suspension.

I did six more months of Lupron and then started on birth control. Over the course of two years, I experienced extreme pain and vomiting at least twice a week. I then went to a different gynecologist and he did another laparotomy when I was 26 and brought a specialist in. They removed more endometrioma and cleared away adhesions and inserted an IUD. I still have some flare-ups but have some relief since the last surgery.

Surgery is a solution for removing scar tissue and Endometriosis lesions, but the outcome greatly depends on the stage of the disease and the skills of a surgeon. Take a read, Comment and Share the blog to Raise Awareness!

How Many Laparoscopies Have You Had? Comment Below! At 26, I had a hysterectomy. That was 10 years ago (I am now 36 years old)....
Read more
Uncategorized

Fatigue is often being overlooked in those with Endometriosis

A new problem has been occurring in which doctors are overlooking fatigue in women with Endometriosis. The numbers don't lie. Twice as...
Read more
Education

Endometriosis is a serious condition that is causing you pain, confusion, and frustration. But endometriosis doesn’t just end with...
Read more

Why Endometriosis and Iron Deficiency are Linked

A lot of endometriosis warriors have anemia. Anemia is a deficiency of iron in the blood and body. Iron helps your body...
Read more
Education

Why is the Medical Community so Uneducated About Endometriosis?

We all rely on the medical community to receive high-quality preventative care as well as treatment for our ailments. Women’s medical issues have been...
Read more

To Someone Who Has Just Been Diagnosed with Endometriosis

Living Happily After My Loss

What do you to overcome your loss and live happily? Share your Support by Commenting Below! I struggled to live in a new country after...
Read more
Uncategorized

Have you ever had an unpleasant experience during an Exam? Share your experience in the Comments! I was suffering from intense pain in the abdomen area. Went...
Read more

176 million women or 10% suffer from Endometriosis worldwide. Take a read, Comment and Share the blog to Raise Awareness! It all started when I was 13 years old...
Read more
Uncategorized

How did your condition begin and progressed to where it is today? Share this blog to raise awareness! It is so weird to think that I...
Read more
Uncategorized

Superfoods are the most nutrient-dense fruits, vegetables, and plants from around the world. Certain superfoods can help in the treatment of serious health conditions...
Read more