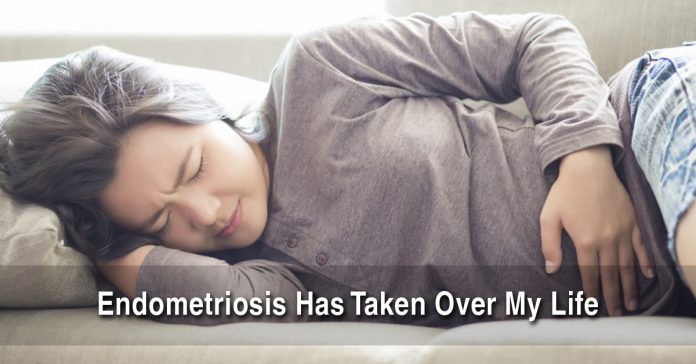 Myth: There is no need to get a diagnosis, just to manage the pain with drugs. Take a read, Comment and Share the blog to Raise Awareness!

My life is hell and it’s all because I suffer from endometriosis! It has completely taken over every part of my life, from my relationships to my work, and it sometimes feels like it’s never going to get better. From the outside, I look like a regular 21-year-old, but the inside is a very different story of chronic and debilitating pain and fatigue. Until 2 years ago I didn’t even know this condition existed.

I had always had issues with periods. When I got to the age of 16, the pain became unbearable to the point where I actually struggled to move. However, every time I went to see a doctor about the pain, I was told that there wasn’t anything wrong and that my body would settle eventually and sort itself out. I knew that there was something not right, but when you hear from medical professionals that everything is all right, you start to believe it. I started to think that the extreme pain was all in my head.

After turning 18 and seeing that the pain was getting even worse, I started to fight against what the doctors where telling me and kept going back to see them until finally I was listened to. I had test after test done on me, but every test and scan I had came back clear. It wasn’t until I was referred to a specialist, that endometriosis even came up. In a five minute appointment at the hospital, I was told that it was likely that I had Endometriosis. I was scheduled in for an operation to diagnose me. I finally believed and hoped that there was a light at the end of the tunnel, and that finally all of the agony and pain would stop. But it didn’t. 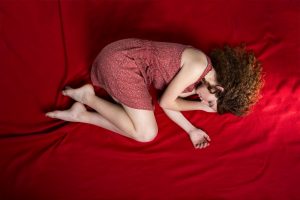 Endometriosis in my body was growing all over from one side of my lower abdomen to the other, and cells were so spread out that they couldn’t be removed. It was also at this point where I was told that there wasn’t a cure for Endometriosis or even that many treatment options available. There was also no guarantee that any of the treatments would help ease the symptoms. It was at that point that I realized that no matter what I did, this pain was never going away. I was stuck.

In the two years that followed my diagnosis, I’ve tried lots of different treatments hoping that one of them would help, but none of them really have. The thing that I was never told, was the mental and emotional toll this illness would take on me, as a lot of the treatments I’ve tried have messed around with my hormones, to the point where I didn’t even recognize the person that I had become. I lost friends because of Endometriosis because I couldn’t explain what was going on.

I lost jobs because I physically couldn’t get into work, it almost ended my relationship, and I completely lost who I was. I felt hopeless.

Endometriosis has taken over my life for the past two years, but this year I’ve decided to take back control and do something to help other people who are going through the same thing as I am. Hopefully, I will raise awareness about the most common condition in women that most people have never heard of. I hope my story helps some sufferers feel less alone.

Myth: There is no need to get a diagnosis, just to manage the pain with drugs. Take a read, Comment and Share the blog to Raise Awareness!

Endometriosis and Adenomyosis: What is the Difference?

One of the most delicate parts of a woman’s body it’s the uterus because it doesn’t only have a reproductive function but a lot...
Read more
Uncategorized

Our Facebook group is sharing lots of different remedies, new treatments, and even simple tricks that can help! Here are 3 of our favorite tips shared on our Facebook...
Read more
Education

Endometriosis is a painful condition in which tissue that normally lines the uterus (the endometrium) grows outside of the uterus. There are more than...
Read more

Watch this video and leave a Comment to let us know who helped you the most in your Journey fighting Endometriosis! Tag them to show...
Read more
Education

5 Things To Do After Receiving an Endometriosis Diagnosis

Endo warriors know that receiving a diagnosis is life-changing. On one hand you are finally relieved that what you are going through...
Read more
Uncategorized

Being an aerospace engineer, it is the toughest struggle every day to live a life homebound. I cannot go for a regular job because...
Read more

Chocolate Ovarian Cyst Almost Ruined Me, But Here Is How I Bounced Back Naturally

Did you try any natural remedies to help you with the pain? Do they help? Show your support by Commenting! https://youtu.be/WGfSuLN0dAY I got diagnosed with Endometriosis in...
Read more
Uncategorized

Are you suspecting you Suffer from Endometriosis? What are the Symptoms that you have? Share to Raise Awareness! Source: CureUp
Read more

It’s incredible that one simple sentence can change one’s life forever, but I’ll get to that part later in my story. Born 1980. Nothing special...
Read more
Education

Chocolate Ovarian Cyst Almost Ruined Me, But Here Is How I Bounced Back Naturally

Did you try any natural remedies to help you with the pain? Do they help? Show your support by Commenting! https://youtu.be/WGfSuLN0dAY I got diagnosed with Endometriosis in...
Read more
Uncategorized

Pain Makes Me Want to Cry

Pain during sex is a Common Symptom of Endometriosis. Share and Comment to show your Support!  I have been suffering from endometriosis since 2016. I...
Read more