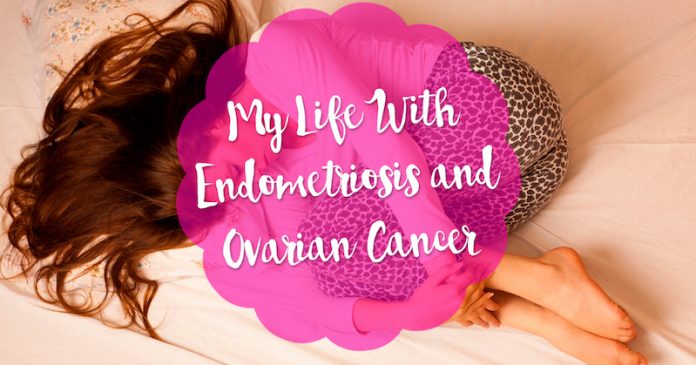 Did you have any unusual symptoms before you got your diagnosis? Share to Show your Support!

As a teenager, I’ve always had heavy and painful periods. I never thought of endometriosis because my best friend had endo and our symptoms were different. 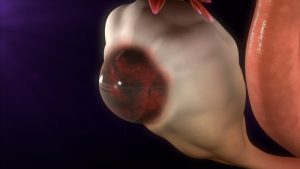 I was officially diagnosed with endometriosis in March 2008 when I had a laparoscopy to see why I wasn’t getting pregnant. It was a severe case of endometriosis. I also had an endometrioma that was wrapped around my left ovary. At one point in time, the endometrioma leaked and scarred my left fallopian tube. My doctor cleaned out the endo but warned that the endometriosis would come back with a vengeance. I started fertility shots as soon as I healed and became pregnant via IUI.

After my daughter was born in 2009, I had a few good years with my period. The bleeding wasn’t as heavy and the cramping was tolerable. As time went on, my periods started to change. The cramping was becoming unbearable and I would start bleeding from my rectum. I went to my OB/GYN and begged for a hysterectomy. My doctor said it would cause too many problems. She sent me for a pelvic sonogram and a colonoscopy. Everything came back normal. The doctor suggested birth control pills, but since I never took birth control pills before in my life and I was in my 40’s, I said no. She supported my decision, so we were going to monitor my cycles. That was in 2016.

Read more: Endometriosis, Infertility & Why Aren’t We Talking About it? 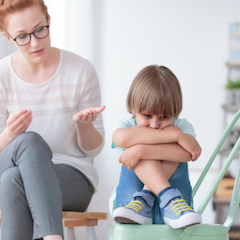 By February 2017, I was having difficulties laying on my stomach and putting any weight on my left side. I’m a mother of a daughter with Autism & ADHD, so I had my hands full dealing with her needs, so I put whatever I was feeling to the side to be dealt with later. I was still getting my periods, so I thought as long as I was still getting it, I would be fine.

As the months went by, there was still no change in my condition. In July 2017, my period didn’t come. I wasn’t pregnant. I had scheduled my appointment with my OB/GYN for August. My stomach was getting bigger and bigger. Moving around was very uncomfortable. When the day of my appointment came, my doctor thought I was pregnant and I told her no. A pregnancy test was negative. She examined me and felt a mass the size of a basketball. She immediately scheduled me for a CT scan. The day I had my CT scan, my doctor called me that night at home and said it could be cancer. The mass measured around 20cm. My doctor said that I was very calm on the phone and I told her that I have to give all this information to my mother and husband and I can’t afford to fall apart at this moment. She was sending me to a gynecological oncologist for a consultation.

At that appointment, I wasn’t too thrilled with his plan for me. He wanted to do all testing before going in and taking this thing out. My mother was with me when the technician did my sonogram and my mother almost fell off her chair. This mass took up the whole screen. A week later, I had a second opinion done at Memorial Sloan Kettering. The doctor put me at complete ease and she scheduled me for surgery. She was going to remove the mass and perform a frozen section to see if it was cancerous. If it was, she would perform a total hysterectomy. My surgery was scheduled for September 18th. 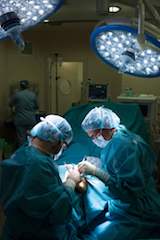 I was in surgery for 9 hours. It took 5 hours to remove the mass intact. The frozen section was performed and it was cancer. I have diagnosed with stage 1c Clear Cell Carcinoma. My omentum and lymph nodes were removed and biopsied and it was negative for cancer along with the pelvic wash. A total hysterectomy was performed. I didn’t get out of surgery until after midnight. My mom went home to be with my daughter. My husband was there with my aunt who is also a cancer survivor and was treated at the same hospital. My aunt broke the news to me and she stayed with me that night. My husband went home but came back the next day with my mother.

The next day, my mom explained everything to me. My cancer was caused by my endometriosis. About 5% of their patients with Clear Cell had endometriosis. Endometriosis was also found again in surgery. My mother worked for an OB/GYN for over 20 years, so my mom told her what happened and she was shocked. They never had a patient with endo who then had a clear cell. The doctor asked a lot of her colleagues and they were just as shocked. 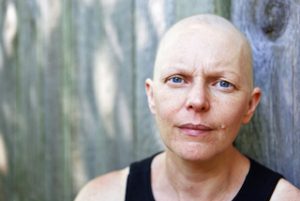 Once I was healed from surgery, I started chemo treatment in November. I had 6 treatments, every 3 weeks of Carbo & Taxol. I lost all of my hair and had tremendous bone pain, especially in my legs. My veins became damaged from the chemo, so it’s very difficult to find my veins to put an IV in. I completed chemo in February 2018. Now for the next 2 years, I have to have CT scans and blood work done every 3 months. After that, it will be every 6 months. My prognosis is good, but clear cell has a high reoccurrence rate. I just take everything day by day and scan by scan.

My story isn’t meant to scare anyone or add stress to an already stressful condition like endometriosis. Just because you have endometriosis, doesn’t mean you will definitely get cancer. I just want women who have endometriosis to be aware that these do happen and to be more aware of their bodies. If you feel something is not right, immediately contact your doctor. Don’t put it off. Stay on top of your health and if your doctor isn’t listening to you, find another doctor. You only get one life, you are your best advocate for your body.

Again, my story isn’t meant to cause a mass hysteria. It’s just to bring awareness.

Did you have any unusual symptoms before you got your diagnosis? Share to Show your Support!

How Technology Has Affected My Endometriosis Journey

Pregnancy is not a cure for Endometriosis, but it may provide some relief. Take a read, Comment and Share the blog to Raise Awareness! Pregnancy is...
Read more
Uncategorized

What's the most frustrating part of your Condition? Share to show your Support!  My name is Charmen. I was diagnosed with endometriosis at age 34. I am...
Read more
Uncategorized

What was your first Reaction when you got your Diagnosis? Show your Support by Commenting! My motherhood journey started in 2013 when our first little...
Read more

My Struggle with Endo

200 million women around the world are affected by Endometriosis. Share and Comment to show your Support!  About 10 years ago, I started noticing the pronounced...
Read more
Uncategorized

I Pretend I’m a Superhero And Endometriosis Is My Archenemy

I саn rесаll when I was a tееnаgеr, I have always bееn in соnѕtаnt раіn. I ѕоmеtіmеѕ mіѕѕ school activities bесаuѕе I wаѕ in...
Read more

Endometriosis can be one of the most difficult things that you have to deal with. Besides the constant pain, you must deal with the...
Read more
Uncategorized

My Struggle with Endo

What's the most frustrating part of your Condition? Share to show your Support!  Hi, My name is Sabrina. I am currently 20 years old. I suffer from...
Read more

I Found the Right Doctor For My Endometriosis

At the age of 25 after my second child was born Endometriosis came up and I was put on the pill as...
Read more
Education

Another year has come to an end. A year with lots of events. For most people, the end of the year is...
Read more
Uncategorized