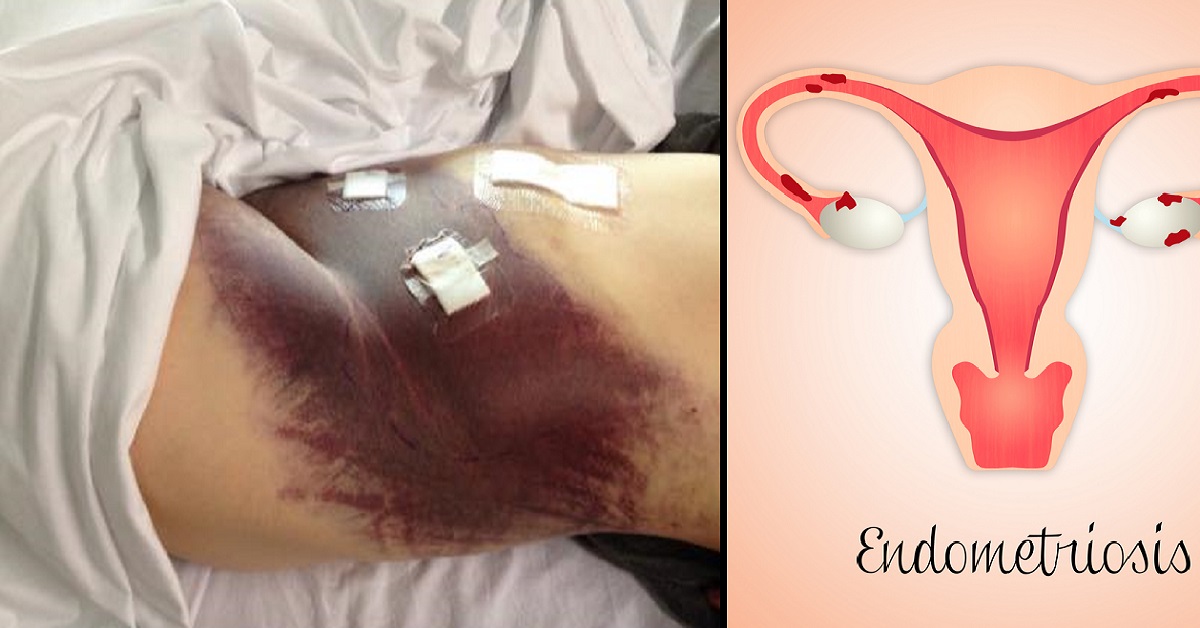 Endometriosis is a painful condition in which tissue that normally lines the uterus (the endometrium) grows outside of the uterus. There are more than 200,000 new cases of Endometriosis each year in the United States alone. 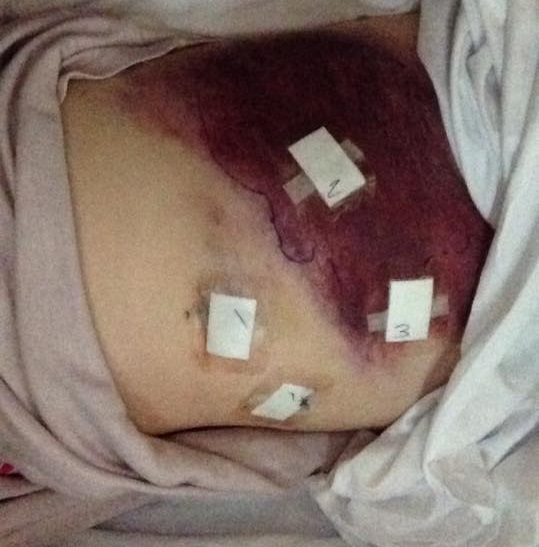 The most common type of surgery to remove Endometriosis is called Laparoscopy. This is where surgeons make tiny incisions instead of the large incisions commonly found in other surgeries. These small incisions allow Doctors to insert a tiny camera inside the body as well as tiny instruments they can use to cut out any endometriosis or scar tissue. The small cuts work well because it decreases the amount of the body open to the outside. It also proves great for recovery as the small incisions don’t require too many stitches and usually leaves little or no scarring.

There are several reasons why one might have this surgery: 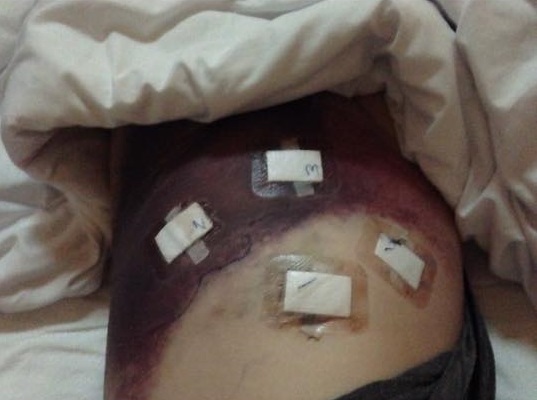 In the pictures on this post, the surgeon accidentally pierced a blood vessel causing this brave endo warrior to bleed internally for two and a half weeks 🙁

The surgery might require a 1-day hospital stay and you should find yourself able to get back to normal activity in about a week. Sometimes multiple surgeries are required as the endometriosis pops back up throughout the years. About 50% of women have symptoms that return in 2 years after surgery.

The risks of this surgery include pelvic infection, uncontrolled bleeding that requires additional surgery to stop, scar tissue, and damage to the internal organs such as the bowel, bladder, or ureters(the tubes that carry urine from the kidneys to the bladder).

We were given permission to use these images as part of our blog and we thank the Endo warrior that sent them to us.

How do you cope with Endo? Share this Story to Raise Awareness! Well, I’ll start this off by saying today 8/14/18 is Day 40 of...
Read more
Education

What helps you with your Period Cramps? Show your support by Commenting! I am currently 21. I’ve always had severely bad periods, they lasted 7 days with...
Read more
Education

Endometriosis is a serious condition that is causing you pain, confusion, and frustration. But endometriosis doesn’t just end with...
Read more

I don’t know where to begin really, I was only diagnosed with endometriosis last year, but it’s been something I’ve suffered since I was...
Read more
Uncategorized

I’m Not a Mom Because of My Endo

What’s your biggest problem because of Endo? Share this story to Raise Awareness! Having fertility issues is a demon all on its own, you hide...
Read more
Uncategorized

How I Found Strength Against Endometriosis

Did you know that one in every 8 to 10 women has Endometriosis? Share this blog to raise awareness! If someone were to ask me...
Read more

My Journey with Endometriosis

How were you diagnosed with Endometriosis? Share your story in the Comments! My name is Becky. I am 26 years old. I was recently diagnosed...
Read more