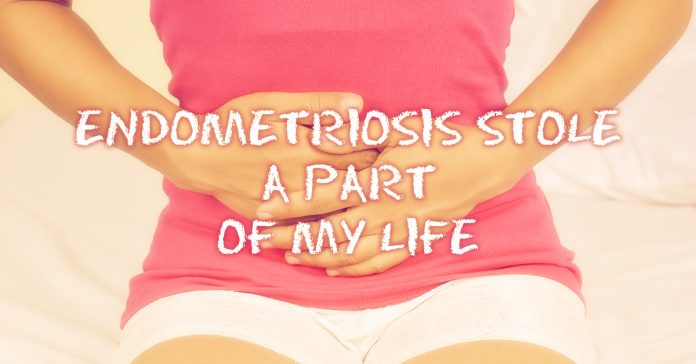 If there was one thing you could say to help people understand Endometriosis, what would it be? How would you describe it? Share to Raise Awareness!

Hello, I’m Twymosha, and I’ve been a victim of endometriosis since I was 16 years old. I’m now 27. At the age of 26, I had to make one of the biggest decisions of my life. Why? Well, I have no children. I had a hysterectomy at the age of 26 – my uterus, my tubes, my cervix, and my ovaries are all GONE… 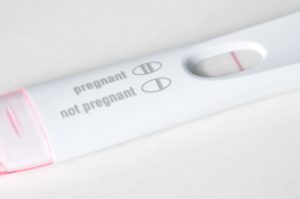 Having endometriosis affected a lot of my life goals. One is the most important to have children. My diagnosis affects my mental health in lots of ways to know that I wouldn’t ever be able to bear a child, a child of my own. That makes me very emotional. I can’t watch a video or show or anything dealing with babies. I would be happy for someone then I automatically get depressed. Having endometriosis affected my body tremendously! The pain that it causes is unbearable. Physically it takes over your entire body from head to toes. I couldn’t walk most of the time, and I was always drained and tired.

Read more: Endometriosis and The Struggles of Infertility

Before my diagnosis of endometriosis, I noticed so many unusual signs in my body, like the bleeding. I would bleed unexpectedly, and I wouldn’t even be on my menstrual. My sex life definitely changed because it was always painful and I would also bleed during. Developing habits over time was really hard for me. No matter what I did, my health didn’t get any better at any time. From the age of 16, all the test ran and all the lab work, things just got worse over the years. 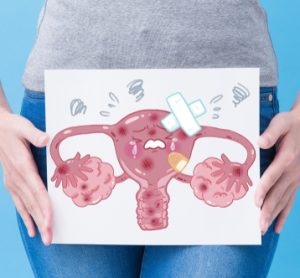 In 2015, I had my very first D&C which is a surgery to scrape the uterus to stop the bleeding. That didn’t work. During the year 2017, I had three surgeries – one removing one of my ovaries because it had grown over 11 cysts on my right ovary. Doctors had to take it out, but that didn’t help because once the right ovary was removed, the endometriosis found another organ to attack which was my left ovary. Over time my life had changed. I stopped hanging out. I gave up on having kids because I just felt like my life was over. Imagine doctors telling you over and over we can’t do the surgery because you are too young, or you don’t have kids!

Read more: Endometriosis, Infertility & Why Aren’t We Talking About it?

A lot of people don’t understand what toll endometriosis can have on a woman’s body. For years I suffered. I’ve had over ten different doctors until it got severe and there’s was nothing else to do but have a hysterectomy. It was one of the hardest decisions I had to come face to face with. Learn more about me and my story. I would love to speak with women suffering from this condition. It’s not something to go through alone.

If there was one thing you could say to help people understand Endometriosis, what would it be? How would you describe it? Share to Raise Awareness!

How did your condition begin and progressed to where it is today? Show your support by Commenting! I was diagnosed with Stage 5 Endometriosis on...
Read more
Education

Is It Endometriosis or IBS?

If you have pain in your pelvic area, it may be difficult to know what’s causing your discomfort. Maybe you feel nauseous...
Read more
Education

7 Tips to Working Full-Time with Endometriosis

Endometriosis is not fun. It can give you the worst cramps anyone could imagine. The bleeding can come randomly and in the...
Read more

Going Into Menopause Since The Age of 30

What are the First Symptoms you have noticed? Share it to Raise Awareness! Hi, my name is Tiffany and I am 35 years old. I...
Read more
Products

Endometriosis is painful. It takes over your whole body. It can be the cause of many other problems including depression. Finding relief...
Read more
Education

Let’s talk about endometriosis. You probably already have some experience with it. That’s probably what brought to this article. However, we will...
Read more

Waiting for the Surgery

Who is there for you to support you during difficult times? Show your support by Sharing the Blog! Back in February 2017, I had an...
Read more
Uncategorized

Watch this video and leave a Comment to let us know who helped you the most in your Journey fighting Endometriosis! Tag them to show...
Read more
Uncategorized

When were you Diagnosed? What was your first reaction? Show your support to the Author by Commenting! I’ve been living with endometriosis for 10 years, diagnosed...
Read more

Dressing Up for Endo Belly

How do you handle your endo belly? Share to show your Support! It was a fresh and exciting Saturday, and like all Saturdays, I was hoping it...
Read more
Uncategorized

What helps you move forward on difficult days? Share to show your Support!  Endometriosis is much more than just a bad period. All too often, women...
Read more
Education

Women with endometriosis can experience infertility. Endometriosis is the medical condition wherein cells similar to endometrial cells appear in the female reproductive organs such...
Read more