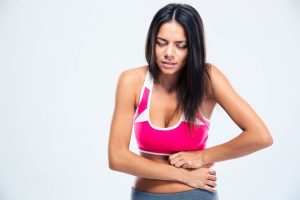 What helps you move forward on difficult days? Share to show your Support!

I was told I had endometriosis when I was 17.

I had it for 4 years before a doctor actually believe me that I was in so much pain. But before I knew I went to an OB-GYN that my best friend referred me to.

So I went and they did an ultrasound and they say that I had cysts on my ovaries and they had recently burst but my body doesn’t absorb the liquid so I was in pain for that.

Then I actually saw the doctor and he told me I could have endometriosis and told me he wants me to have surgery right away, so I had it a week later.

This was October 2016 and after the surgery, my doctor told me that it had spread so much that if I would have waited another month to have surgery I would have had to have a full hysterectomy.

So, after I recovered from the surgery I still was in pain. I went back 2 weeks after my surgery and my doctor then put me on the depo shot. 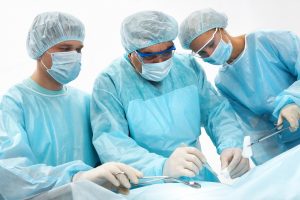 That was actually helping well then in November 2017, the pain came back just as aggressively. Well, I went to my doctor just a couple days ago – January 2018 and told me the last thing he wanted to do was surgery again.

He now wants to try this shot called Lupron, I’m just waiting for my insurance to approve it. I’ve had endometriosis for almost 6 years now. I got it when I was 12 years old, now I’m 18 and I’m the only one in my family to have it.

Read more: Getting Endometriosis Under Control

There is no medical history of anyone on either side of my family to have it. So none of them know what I’m going through and it’s so hard sometimes. I don’t know anyone who has it. I feel kinda alone, my sister and mother are always there for me but it’s just so hard sometimes.

What helps you move forward on difficult days? Share to show your Support!

Hysterectomy is Not a Cure for Endometriosis. Share and Comment to show your Support!  Hello, My name is Jeannie and I have been suffering from endometriosis since...
Read more
Education

Here is What a Partial Hysterectomy Is

Endometriosis is no fun. There is nothing positive about it. While it does wreak havoc on your uterus, it also causes some...
Read more
Education

I’m Not a Mom Because of My Endo

What’s your biggest problem because of Endo? Share this story to Raise Awareness! Having fertility issues is a demon all on its own, you hide...
Read more
Uncategorized

Were you Surprised by the names that came up? Who else do you know that suffers from Endometriosis? Share it in the Comments Below! Source: CureUp
Read more
Uncategorized

To Someone Who Has Just Been Diagnosed with Endometriosis

Getting Endometriosis Under Control

Hormonal Contraception can help with Reducing Pain. Share and Comment to show your Support!  My story started when I was just eleven years old. My...
Read more
Uncategorized

We recently had a poll on our Endometriosis Support group asking what the most ridiculous things that people said to them about...
Read more
Uncategorized

While endo flare management looks different for everyone, I do believe we can all benefit by changing our diets.
Read more

How I Found Strength Against Endometriosis

Did you know that one in every 8 to 10 women has Endometriosis? Share this blog to raise awareness! If someone were to ask me...
Read more
Uncategorized

Endometriosis Took my Happiness Away

What was your biggest Challenge with Endo? Show your support by Commenting! My journey starts when in 2007 I had an ectopic pregnancy where they had...
Read more