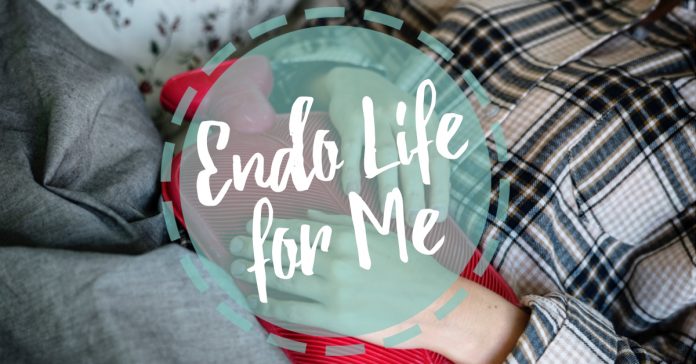 What was the biggest challenge after being diagnosed? Share to Raise Awareness! 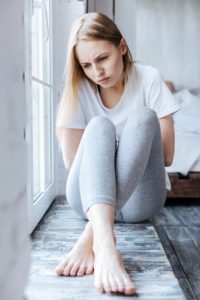 When I was 14 years old I got my first period, which was heavy. I had cramps and I was told that it was normal. So, I just sucked it up and lived with this is what it is like to be a woman. Then when I was 16 I was hospitalized multiple times for pelvic pain, vomiting, diarrhea and fainting the day after my period started. Twice which was whilst I was at school. This was rather embarrassing for a teenager.

I was finally referred to a gynecologist which then started me on the pill. Over the years the heavy bleeding continued, and the pain would come back. I saw multiple GPs that just changed my pill and told me that it was just period pain and to deal with it. Painkillers and heat pack, well there are only so many painkillers you can take. So again, I sucked it up and carried on.

Read more: Endometriosis and The Struggles of Infertility

By the time I hit university I was getting bad lower back pain, migraines, bowel symptoms, etc. So again, I sucked it up and carried on. Then when I was 28 years I was convinced by a work colleague to go see her GPs. Going in there I was expecting to be told to suck it up. But no, she had blood taken that day, ultrasound was done the following day and had referred me to a gynecologist surgeon the following week.

4 weeks after going to the surgeon’s appointment, I was in the hospital and they did a laparoscopy and curette to find my bladder and bowel was covered in endo. After that, I had to have another laparoscopy to remove the endo from the bowel, but they could touch my bladder as the endo was too extensive that the scarring from removal would cause worse symptoms. 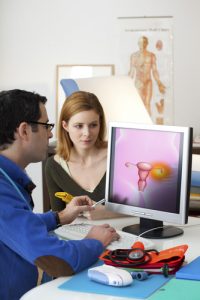 I had a Mirena core placed and I was put on another pill to try to help the Mirena. The bleeding reduced, but the bowel symptoms and pelvic pain persisted. Further investigation was done via colonoscopy which only revealed a polyp. So now 12months post-Mirena being placed I am getting to spot every 8 weeks or so, and the pain is somewhat under control.

I don’t want anyone to read this and feel sorry for me. I want you to not expect that being in pain is part of being a woman because it’s not. Don’t expect doctors telling you to suck it up. You should know your body and if you feel as though there is something wrong keep searching until you find someone that believes you. I wish I came across my work colleagues GP years ago. Maybe then they could have removed the endo off my bladder.

What was the biggest challenge after being diagnosed? Share to Raise Awareness!

Do you struggle with Endometriosis? Share your story to Raise Awareness! My name is Lindsey Peters and I have been suffering from Endometriosis since 2016....
Read more
Education

If you are living in pain, with heavy periods, you may already suspect that you have one of these conditions. It is...
Read more
Uncategorized

Hysterectomy is Not a Cure for Endometriosis. Share and Comment to show your Support!  Hello, My name is Jeannie and I have been suffering from endometriosis since...
Read more

5 Endometriosis Symptoms I wish I Could Let go of

1. Endo-belly. It’s definitely the first symptom we want to get rid of. It doesn’t feel good having to buy larger clothes and being...
Read more
Uncategorized

How did your condition begin and progressed to where it is today? Show your support by Commenting! I was diagnosed with Stage 5 Endometriosis on...
Read more

Having endometriosis is hard enough without having to deal with the constant judgment of pretty much everyone in your life. The pain...
Read more
Education

Endometriosis can be one of the most difficult things that you have to deal with. Besides the constant pain, you must deal with the...
Read more
Uncategorized

How did your condition begin and progressed to where it is today? Show your Support by Commenting! I started having horrible periods when I was...
Read more

Watch this video and leave a Comment to let us know who helped you the most in your Journey fighting Endometriosis! Tag them to show...
Read more
Education

How did Endometriosis affect your life? Tell us in the comments on the Blog and Share the Blog to Raise Awareness! Source: CureUp
Read more